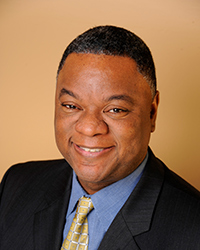 Roderick “Rod” Chappell has been serving Historically Black Colleges and Universities (HBCU) and other Minority Serving Institutions (MSIs) for nearly 25 years. His programs have led to significant exposure for administrators and students at HBCUs/MSIs as they desire to build capacity at their universities and in the lives of their students. Chappell currently leads Partnerships and Sustainability, one of four pillars within NASA’s Minority Research and Education Project (MUREP) providing annual funding opportunities to HBCUs/MSIs. Chappell also serves as an adjunct professor in the business school at Clark Atlanta University. He is teaching “Special Topics in Entrepreneurship and Esports” for the Spring 2021 semester.

Chappell is also a 20-year entrepreneur veteran in the marketing, promotions and communications arena.  In 2001, he revolutionized the promotions marketplace by forming Grassroots Promotions (GP), a full-service marketing strategy firm specializing in targeted events and promotions.  In 2002, GP partnered with Black Entertainment Television (BET) to launch the multiple award-winning BET Black College Tour creating awareness for Historically Black Colleges and Universities (HBCU’s) to international audiences for 13 years.  The Tour touched over 100,000 HBCU students and reached millions of viewers annually.

In 2010, Chappell went deeper into the world of Historically Black Colleges & Universities to launch an affiliate agency, HBCU Direct, LLC (HD).  The mission of HD is to aggregate the buying power of all

Companies formed within the HBCU Direct brand cluster include:

Chappell has also led major events reaching HBCU audiences including the State Farm Bayou Classic reaching 70,000+ attendees annually and airing live to millions on NBC television as well as the McDonalds Heritage Bowl which was officially sanctioned by the NCAA as an official football classic.  He has supported partners of the CIAA basketball conference for many years.

As the owner of the Albany Panthers indoor football franchise, Chappell led the organization to back-to-back championships with over 70% of the roster consisting of former HBCU players.

Chappell holds a B.A. from Morehouse College’s Department of Business and an M.B.A. from Duke University’s Fuqua School of Business.  Chappell travels the nation as guest speaker for various business workshops and conferences, speaking about principles he founded entitled “In Your Place Marketing” and “Advancing Your University Enterprise”.  He currently serves as a consultant and advisor for many current and future CEO’s.  He is also penning a book entitled "HBCU CEO: Passion To Purpose To Profit."